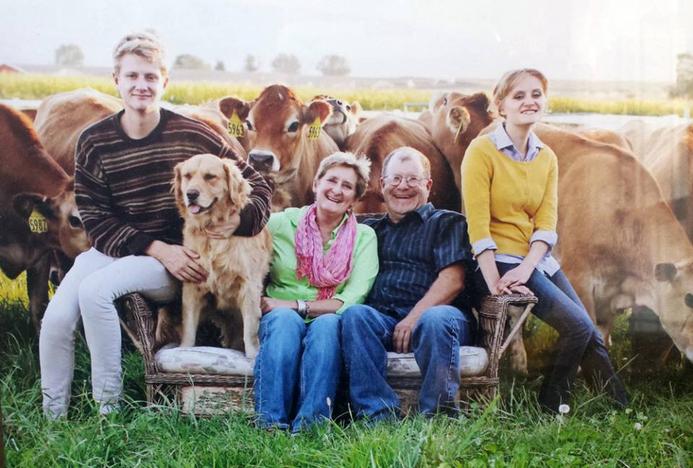 The People Behind The Cheese

After running a dairy farm in Tillamook, Oregon for twenty-five years, sun-starved Jeff and Andrea Adams moved to the beautiful Walla Walla valley in 2005. While the two stayed busy, with Jeff as a dairy heifer feedlot manager and Andrea as a veterinarian, they still missed cheese culture (and all of the terrible puns that accompanied it), and sensed a void in a booming industry-with all of this wine, shouldn’t there be more cheese to pair it with?

In 2014 they gave up all hope of a quiet, early retirement and joined the Umapine Creamery, eventually branching out into the Walla Walla Cheese Company. These days, they divide their time between work, cheesemaking, running a small farm of horses, heifers, chickens, cats, and their official greeting dog, Nixie, and bossing around their two kids, Brennan and Kalie.